Over the last three summers, I’ve had the incredible privilege of interning with Pixar Animation Studios, Google Inc, and Two Sigma Investments. I wanted to summarize my experiences working in three very different industries (animation, technology, finance). CS/Applied Math students have a lot of career options open to them, and I hope this post will provide some extra perspective on what opportunities are available.

I do not represent Pixar, Google, or Two Sigma, and all views expressed here are my own. 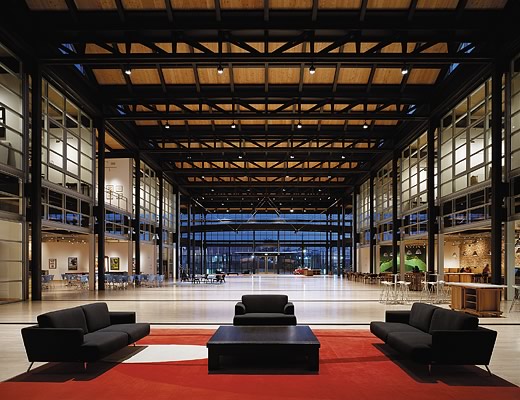 Filmmaking, in its highest form, is the expression and manipulation of human emotion. Pixar is second to none at filmmaking, and their best works have such emotional power they can move an entire theatre to tears in under 240 seconds (see Up’s “Married Life montage”).

I interned at Pixar in 2013 as part of the Pixar Undergraduate Program (PUP). This was a 10-week educational program where we learned about Pixar’s movie-making process and developed our skills in modeling, shading, lighting, etc.

“Fun and Laughter” is how I would describe the studio. I spent the first few weeks of my internship in an awestruck stupor, wondering 1) how the hell I had managed to get accepted into the program and 2) finding excuses to wander down to the atrium so I could catch sightings of legendary people.

My favorite aspect of Pixar was the opportunity to learn from the masters. When researching ideas for my PUP final project, the DP of Finding Nemo taught me about lighting underwater scenes and jellyfish. The guy who created the render-time vegetation in Brave taught me how to see the world’s shapes as literal mathematical curves, noise, and fractals.

Pixar does some pretty hardcore research on the cutting edge of computer graphics (Discrete Exterior Calculus for Geometry Processing, realtime global illumination on the GPU), and their in-house animation tools are years ahead of any commercially available software. For a smallish company (1200?), their technology infrastructure is very robust.

One thing I really appreciate about Pixar is how trusting the company was with us interns’ access to intellectual property (IP) and trade secrets. Our access privileges were basically equivalent to full-time employees, allowing us interns to get a clear picture of what it’s like to pursue a career in animation. At Google and Two Sigma, interns are kept in an “intern container”, making it harder to discern the realities of full-time life.

My primary concern with coming back full-time there are a lot of forces in the entertainment industry that pressure studios to compromise a work of art for cheap entertainment and box office returns. Pixar would rather postpone the production of a film than ship a version that sucks, which says a lot about the quality of its people and their dedication to founding values. However, even Pixar has a bottom line. I don’t know how I feel about Toy Story 4 being slated for production. Given the volatile nature of the industry these days, there is some risk involved with pursuing animation as a career.

Even so, I think Pixar is one of those places that nobody ever regrets working for. For those of you who don’t care much for watching movies, or think that storytelling isn’t as meaningful to society as making self-driving cars or growing charity endowments, I wanted to end this section by providing a brief anecdote:

At the climax of Toy Story 3, Woody and his friends are about to perish in a trash incinerator. Realizing the futility of their struggle, Buzz reaches out to Jessie, and one by one, the toys join hands to face the flames.

I actually shed tears from the sheer awe of how a bunch of polygons could be contorted to simultaneously express the finality of the situation and everlasting friendship. The B flat minor “Bolero Effect” in the background helped too. In those moments, I forgot that I was watching a bunch of computer marionettes dance according to the 100th revision of a script. I was a kid again, and Woody and Buzz were real.

If that isn’t magic, then I don’t know what is.

For a broader picture of Pixar beyond my own personal experiences, I encourage you to read Ed Catmull’s “Creativity Inc.”

It’s hard for me to make any sweeping generalizations about Google, on account of how big and diverse it is. I would say that Google is like the most amazing and colorful kiddie playground you’ve ever seen, with C.H.O.A.M headquarters (and a dozen other things) buried underneath.

Very few people leave Google because of how goddamned comfortable it is. Full-time benefits at Google beat Pixar and Two Sigma. If you care most about raising a family, work life balance (i.e. work the least hours) and job security, you really can’t go wrong with Google. Here is a picture of me eating from an endless supply of baklava. 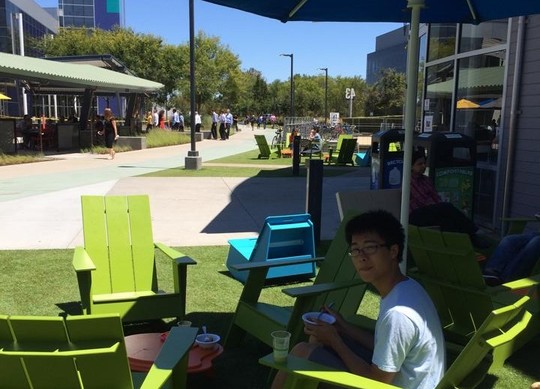 I worked on the iOS Play Books team and implementing features for the iOS client. I also did some stuff for the Security Team that I’m not allowed to disclose (20% projects are rarer nowadays, but still available if you take the initiative). My work was incredibly fun, and I was lucky to be assigned an interesting, user-facing project that eventually saw the light of day.

Well, that depends if anybody actually uses iOS Play Books…

Google has the best tech infrastructure of any firm I know (even among other big tech companies). Developers have root access, code review is streamlined, unit testing comes with progress bars, and compilation is blaze-ingly fast. Everything, from onboarding to recruiting to Techstop is fast and can elastically scale. Every summer, Google onboards 2000 interns in a matter of weeks, and the workforce subsequently grows by 10%. Even with this increased load on infrastructure, outages are rare.

Concerns: I’m scared of becoming a small cog and spending the rest of my career drinking smoothies from Slice Cafe and being unchallenged by my work. There are certainly some roles at the company that would make me feel that way, but also plenty of teams that I would jump at the chance to work for. In particular, I’m interested in some more open-ended research positions.

For more perspectives on what full-time Google is like, I recommend reading comments on Hacker News that discuss Google. Lots of current and ex-Googlers hang out there.

Two Sigma is a hedge fund whose core business is “algorithmic trading”. In a nutshell, TS uses technology and mathematics to forecast stock prices, and build systems to automatically execute strategies to realize ludicrous profit.

Two Sigma is like the math/CS equivalent of Pixar’s art/CS dream team. TS employs a small but high concentration of talent; there are literally International Math Olympiad medalists left and right, and the majority of people I ate lunch with were Phds. If you draw a directed graph between companies, where edges represent employee migration, you’ll see lots of edges going from Goldman, Microsoft, Google, and Facebook to Two Sigma. There are very few edges going the other way.

The hedge fund business is lucrative. I don’t have enough data, but I’m pretty sure full-time engineering/quant comp at firms like Two Sigma/Shaw/Citadel are slightly better (sometimes a lot better) than those of tech companies in the bay area.

Overall, I think the firm has better career growth opportunities than its competitors. By nature of being a smaller company (700+), the average Two Sigma employee has more responsibilities than the average Google employee, which I like a lot. Company culture is a bit more serious - median dress code ranges from business casual / smart casual, and there are no scooters or scooter-riders lying around. I like that too.

This summer I joined the Quantiative Applications Engineering team and worked on a project related to portfolio optimization. I had been looking for more exposure to mathematics in my work, so that I wouldn’t be pigeonholed as a software engineer for the rest of my career. Finance/math problems interest me more than UX.

Office floor plans are quite similar to Google Building 47 (that I worked in), minus the bespoke decor, the chinese food cafe and the nice lady that served tea from 3-5pm every day. I forgot to take pictures of the office, so I’ll just throw in a picture of the Brooklyn Bridge that I took on one of our intern events. 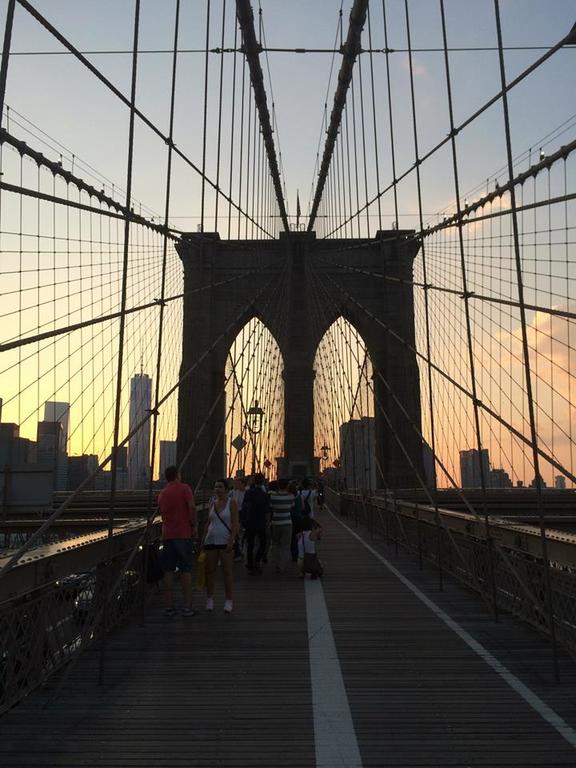 The internship program was really well-run: Two Sigma only takes a handful of interns each summer, so they took us on a lot of fun intern outings. Pixar’s intern classes are small too, but departments run on different schedules so I mostly just hung out with the other PUPs.

Two Sigma is a secretive firm, and there is little useful information about it floating on the public Internet. To learn more about the hedge fund industry, I recommend reading “More Money than God” by Sebastian Mallaby.

Below is a table of company factors that I’ve ranked Pixar, Google, and Two Sigma by, with “1” being the best. Keep in mind that these rankings are not objective realities, and that people prioritize different factors. For example, the “Culture” rankings are scored according to “which company’s culture I thrive best in”, not “which company I think has the best culture”.

Even now, I’m still a bit bewildered at how fortunate I was to intern at these awesome places, full of the best of the best of the best. It would not have been possible without well-placed recommendations from friends, mentors, co-workers who believed in me, and I am forever grateful to them.

I have my concerns about Pixar/Google/Two Sigma, but I believe I can either solve or navigate around the problems. Realistically, no company is perfect and anyone who says otherwise is either a beneficiary of the status quo, lying, or just plain naive. I’d definitely consider going back to any of these companies full-time (contingent on them wanting me back!).

So, what happens next? I’ll be graduating in the Spring of 2016 with my Masters in CS, and I am currently looking for full-time positions (at other companies too). Deciding on a full-time job is a serious matter, so I’m keeping an open mind and taking my time deciding.

Thank you for reading.